Staff of the Homeless Alliance

Dale Zuchlewski has been the Executive Director since December of 2010. He was hired as the Operations Manager in September 2010 and is formerly of the Office of Strategic Planning in City Hall. During his tenure at City Hall, Dale managed 4 federally funded housing programs with 37 non-profit contract agencies. In addition, he has written, drafted, and evaluated numerous grants designed to aid the homeless organization and the homeless population in Buffalo. He also served on the Buffalo Common Council for 8 years representing the North District.

Dale has a long history of being active in the community through coaching baseball and softball, as an activist and board member for numerous community organizations and causes, educational issues, waterfront reuse, neighborhood planning, and homeless advocacy. Dale and the Homeless Alliance were among the lead organizers of Hands Across Buffalo in 2014, an event that celebrated our area’s diversity. He also was appointed by Governor Andrew Cuomo to serve on the New York State Interagency Council on Homelessness from 2016 to 2018.

Kexin Ma holds a Bachelor’s degree in Landscape Architecture from China Agriculture University and a Master’s degree in Urban Planning from the University at Buffalo, with a specialization in GIS and economic development.

She was hired since graduated from UB in the beginning of 2011. She has built great expertise on managing HMIS and had been producing the Annual Reports and other customized reports for users. Since 2013, she took the CoC position and oversees both the HMIS and the CoC programs. She developed a great interest in grant management and program development and able to use her expertise on data analysis to provide funding recommendations.  In 2015, she was awarded by Business First, 30 under 30 for her outstanding contribution to the community.

She is very proud to be part of the Homeless Alliance team and making changes to end homelessness in WNY.

Sukie joined the Homeless Alliance in 2011. She is responsible for our financial, administrative and HR functions as the Director of Operations of the HAWNY.

Sukie received her MBA from the Conservatoire National de Arts et Métiers (CNAM) University in Paris, France, Master’s in Urban Planning from the University of Oxford Brookes in the United Kingdom, and a BA in Public Administration from the Polytechnic of Namibia. She is a graduate of the 2019 class of Leadership Buffalo.

Nathan graduated from the University at Buffalo with a degree in Anthropology.

Nathan worked through college as an instructor of recreational programming.  After graduating, he found himself working in the nonprofit field.  He spent two years serving with AmeriCorps at Tifft Nature Preserve teaching environmental education and followed that by working with Literacy New York Buffalo-Niagara advocating literacy education.  He has volunteered with various local organizations through is interests in education, the outdoors, and finding new restaurants.

His experiences serving the community led him to HAWNY where he hopes to continue advocating and using his background to support the reduction and elimination of homelessness in WNY. 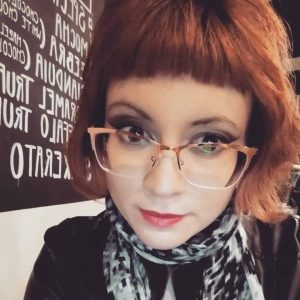 Ariel holds a Masters of Social Work degree from the University at Buffalo, a BA in Political Science from Buffalo State College, and an AA in Media Arts from Niagara County Community College. They discovered their passion for social justice while serving in AmeriCorps as a mentor for children in Buffalo Public Schools. Ariel has experience in journalism and academic research (published) as well as clinical experience with children and adults. They’ve has worked in mental health and substance use counseling using cognitive behavioral therapy, dialectical behavioral therapy, and motivational interviewing. Their passions include progressive social policy, youth empowerment, and family health with a focus on Trauma-Informed Care.

Ariel’s duties at HAWNY include coordination of the Youth Homelessness Demonstration Project, Coordinated Entry, and co-chairing the Erie County Youth Task Force and Youth Action Board.

Ariel is proud to be part of the team at Homeless Alliance; working with NY-508’s Continuum of Care to promote fair and inclusive housing for all.

Joelle graduated with a BS in psychology from the University of Vermont. While attending UVM, she spent a year and a half as a research lab manager for social cognition and intergroup processes which incorporated her passions for data and understanding how differences among people affect everyday life. After graduating, she served for a year as an AmeriCorps*VISTA at Wheaton College in Massachusetts developing extracurricular STEM programs for local, low-income kids.

She recently relocated to Buffalo and is looking forward to applying her experience and skills to the rewarding mission of the Homeless Alliance.

Jarrett graduated SUNY University at Buffalo with a BA in Philosophy.  After graduation, he studied at Catholic Theological Union in Chicago and spent time in the Order of Carmelites novitiate in Middletown, NY.  Jarrett then moved back to WNY to join the Catholic Charities Service Corps and had an AmeriCorps placement at Buffalo Niagara Waterkeeper.  He went on to full-time employment with Buffalo Niagara Waterkeeper and later moved to Niagara Falls to work as Compliance Officer for the City of Niagara Falls Department of Community Development.

Jarrett looks forward to apply his experience with HUD, local non-profits, and community service to contribute to the mission of the Homeless Alliance.

Derek Miller joined the Homeless Alliance in 2020 and is responsible for supporting HAWNY’s HMIS software, assisting with data reporting, and mining HAWNY’s datasets for undiscovered insights.

Derek comes from a background in information systems and general computer nerdery. Over the course of his career, he has architected database systems in a non-profit healthcare setting, built educational iOS applications, and did database administration work in the startup world.

Derek is very excited to be working on the seemingly intractable problem of homelessness in his hometown of Buffalo, NY.